Play kid monsters as little heroes in their creepy world.

Draculola, a little vampire girl who is your friend, wants to make her spooky home of Zitterstein a better place. You can help!

You’re also a child in that craggy, forested land. Naturally, you’re  a monster, too, or a monstery sort of person. As part of a group of kid monsters, you get up to mischief all over Zitterstein. Scare or thwart mean monsters or people; set up elaborate pranks; solve mysteries; and explore exciting places.

In this game, players act out the antics of a team of kid monsters.

Most players pretend to be characters, the kid monsters, in this game of make-believe. One player takes on the role of Narrator, who describes events and places, and pretends to be creatures. Other players tell the Narrator how their kid monsters act in a scene full of these things. This talk and pretend action go back and forth until one scene ends. Then, another begins.

Playing through these scenes creates a story of the kid monsters exploring their spooky, cartoonish realm where magic and meaner monsters are real. They aren’t super scary, and they can be silly, but they exist. The game leans toward creative, fun solutions and playfulness. It leans away from violence.

The 69-page Draculola book has most of what you need to play.

This book has rules of play and the Zitterstein setting. Add paper, pencils, a few beads, and dice. Make kid monsters that have zany adventures wherever your imagination takes you. Flip through a preview here.

Draculola and Friends, a 15-page book, has sample characters.

These fourteen kid monsters can be used to play or as examples of what you can make. A bigger blank character sheet helps you make a little monster of your very own.

Find out why most of Zitterstein is frozen in this adventure for kid monsters.

This game is a Two-Trait Game.

You can learn more about the generic rules in the Two-Trait System Reference. It's free.

Enjoy the Draculola playlist on Spotify. Curated by Rosie with help from Chris.

In order to download this game you must purchase it at or above the minimum price of $15 USD. You will get access to the following files:

Support this game at or above a special price point to receive something exclusive.

If buying the Draculola game is a hardship for you, grab it for free here. Full-price sales allow me to add to this pool of community copies. Thanks for joining the band of kid monsters.

Draculola is a family-friendly, gentle-spooky RPG about kid-monsters solving problems and helping people.

Tone-wise, it feels a little bit like Golden Sky Stories crossed with Monsters And Other Childish Things---with maybe some Hotel Transylvania thrown in for good measure.

The book is 69 pages, with gorgeous and whimsical black and white art and writing that does an excellent job of making the setting come to life in only a few sentences.

It's also noteworthy for children having been involved with the design of the game itself. This helps to ensure that everything in the book is kid-friendly---and frankly, really GM-friendly too. Everything in Draculola is well-explained, and this is a really good first game to try GMing. You'll have an easy time of it, and your players'll have fun.

Plotwise, there's a fair amount of lore on this thing. You don't have to read deeply to be able to run it or play it, but if you do want to deep dive you can get a very thorough look at the territory of Zitterstein and its inhabitants. There's cultures and histories mapped out that you can use for story hooks or setting dressing, and it all has a consistent and fun atmosphere and mood.

You have two stats, Kid and Monster, which you use to resolve checks. But you also have Heart and Hope. Heart is your "life", but the consequences of running out aren't that bad. Hope, meanwhile, is a pool that you can spend to affect the game---and that the GM can add to by making your situation more difficult.

With your powers comes an Achilles heel, but it does does a really good job of being a plot hook and it kind of doesn't hold your character back otherwise. To put it another way, your drawback will get you into fun situations---it won't prevent you from having fun.

Draculola does include a simplified version of DnD-style combat, so you *can* have some light scuffles if you want, but how much you want to commit to that is up to you. If you're running Draculola as a fun alternate game for your usual DnD group, you can have a few friendly brawls with spiders or something. If not, there's no reason your scenario has to have combat at all.

Overall, I went into Draculola not 100% sure what to expect, and I came out with what's got to be one of my favorite games of the year. Draculola is a good thing designed well, and it's super polished to boot. If you like games with a warmer, friendlier tone, great world-building, and if you want something that's easy to pick up and play but still has some fun crunch to it, give this a go. It's excellent.

-Page 12, "Each Trait starts at 1, 2, or 3". I think this section is saying "split 4 points between your two Traits. Neither Trait may be 0" ? The wording is a little confusing here 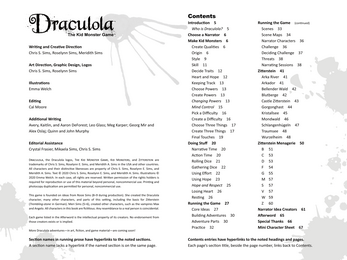 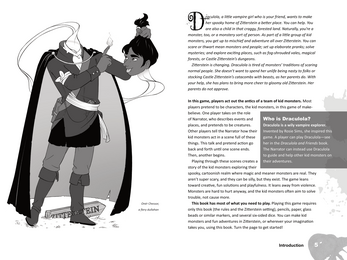 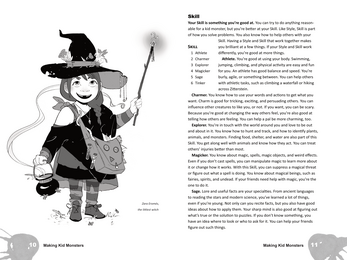 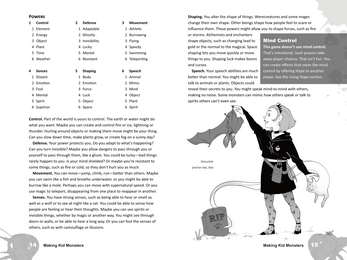 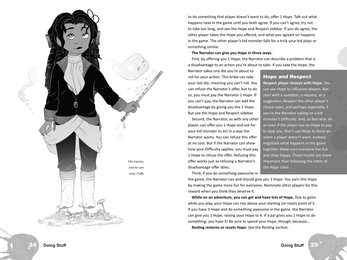 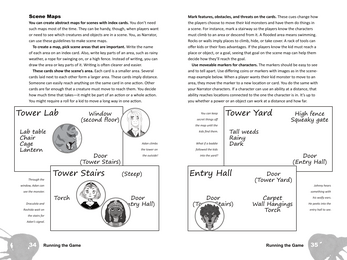 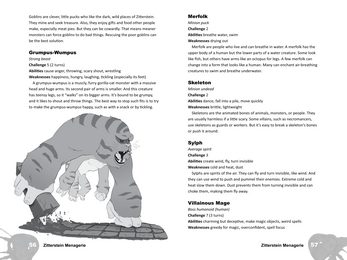 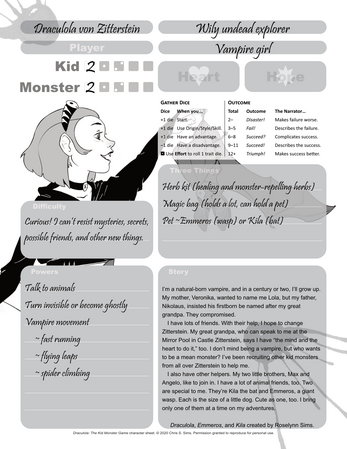 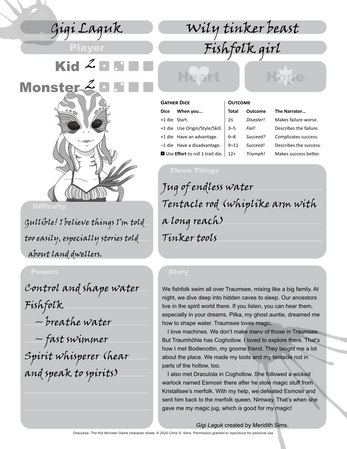 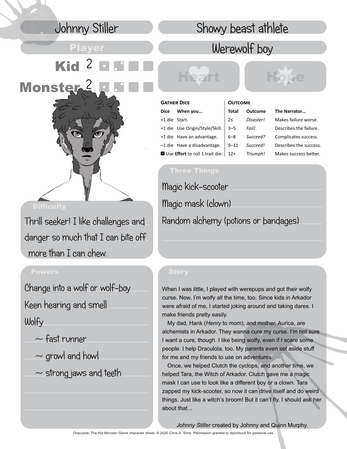